The Atheist and the Parrotfish

Doctors tend to the needs of their patients, but patients give meaning to the lives of their doctors. So it is for Cullen Brodie, a twice-divorced California nephrologist, and Ennis Willoughby, a troubled cross-dresser whose life is saved by a rare heart-and-kidney transplant.

Cullen’s bitter disbelief in the afterlife is tested when Ennis begins to exhibit tastes and characteristics uncannily similar to those of his female organ donor—whose first name Ennis inexplicably knows. When Ennis becomes convinced that the donor’s soul has inhabited him, Cullen sides with Ennis’s psychiatrist, who tells Ennis he has subconsciously confused his emerging transgender personality with the imagined characteristics of his female donor.

While his psychiatrist coaxes forth Ennis’s female side, Cullen is summoned to the South Pacific by an old lover for a reckoning of their past. On the island paradise of Rarotonga, he is forced to confront the heartrending truth about a tragedy that destroyed their college romance—a tragedy Cullen blames on religious zealotry.

Filled with resentment over what he has learned, Cullen returns to Southern California determined to shatter Ennis’s delusion of ensoulment. But Ennis’s eerie knowledge of his donor’s greatest secret forces Cullen to consider the unimaginable: Is it possible he is witness to a verifiable incident of transmigration, tangible proof of a human soul? Or is he witness instead to the miracle of being transgender? Male and female at once, the glory of one and the glory of the other, both shining—like a parrotfish, another miracle of nature, changing gender apace, beside its glorious, ever-changing hue.

Get Your Copy Today! 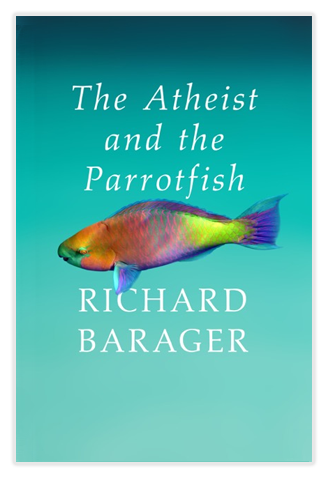 Red clay and yellow grass, a battleground and a rock festival…the senseless slaughter of Vietnam and the folly of utopian fantasy.

David Noble is an orphan with a fondness for the novels of Walter Scott; Jackie Lundquist is a child of privilege, partial to J. D. Salinger and the importance of getting real. Their ill-fated college love affair implodes when David enlists to fight a war she opposes.

Angered by his choice—the marines instead of her—Jackie refuses to acknowledge his letters from Vietnam, where David is burrowed into the blood-red clay of Khe Sanh, one of six thousand marines entrapped by an army of North Vietnamese regulars. David survives the brutal siege, but returns home to find Jackie immersed in a counterculture world of drugs and militancy.

The two lovers find themselves fighting on opposite sides of the defining issue of their time, as the New Left and the New Right battle for a generation’s political soul. To Jackie, the faltering war in Vietnam is a failure of national conscience; to David it is a failure of national honor. But neither her rise to fame as the antiwar movement’s alluring Radical Queen nor David’s defiant counter-protest activities in support of the war can extinguish their passion for one another.

Both their conflicted affair and the Age of Aquarius itself careen toward the mellow-yellow grass of Altamont Speedway, site of the decade’s last great rock festival: Altamont, the metaphoric Death of the Sixties, where honor and shame collide and tragedy awaits redemption.